10 Schools that are Perfect Mix of Suburban and Urban

Schools with the perfect mix of Urban and Suburban locations:

Reed College is about a 10-minute drive from Downtown Portland. Being near the city provides opportunities to build relationships with the local community, but there are also plenty of city activities to participate in. The Pacific Northwest is gorgeous, and you have easy access to Reed Canyon – a forested canyon nature preserve.

“It’s a very artsy city, so there are a lot of theaters and museums and stuff you can do for cultural creative outlets. There’s the Portland Art Museum and the Portland Armory is a cool theater.”

Bryn Mawr College’s suburban location allows for isolation but is only about a 20-minute train ride to Philadelphia, PA. There’s a healthy mix of urban and rural life, and is located under two miles from city venues such as the Ardmore Music Hall, and under two miles from the Stoneleigh Natural Gardens. Additionally, Bryn Mawr College has great accessibility to other campuses, only being a 10-minute bus ride to Haverford College.

“Going to a small liberal arts college in the suburbs always entails some isolation, but we’re 20-minutes from Center City Philadelphia by train, and sometimes it’s shorter by car. Having the option of going to a city is comforting and allows you to explore life outside of the suburbs.”

Brown University is located in Providence, RI, about a 45-minute drive from Boston. There is plenty of access to good restaurants on Wickenden Street, which is half a mile away and is easy to navigate on foot. For outdoor lovers, you can explore the Adirondack, the Blue Ridge, and the White Mountains through the Brown Outing Club. One student states, “You have everything you would get with a city, like all the performers that would go to New York or Boston stop by Providence.”

“It’s pretty fun to live in a city like Providence because it’s very small. Brown sometimes feels like the center of it. When you feel like you’re able to break away from the Brown Bubble and get down there, it’s really easy to navigate by foot.”

Boston College is located in Chestnut Hill, MA. There is a campus feel and you’re not right in the heart of the bustling city, but if you’re interested in exploring Boston, you’re only a 20-30-minute subway ride away. There, you’ll be able to explore museums or go to a baseball game at Fenway Park. If you want a weekend getaway, you’re only about 1.5 hours to Cape Cod.

“You’re not necessarily in a big city and have a campus feel. It doesn’t feel like your school is built around the city, it’s more like you have your own thing. At the same time, you’re very close to Boston and it’s easily accessible by public transportation. You have the best of both worlds.”

Santa Clara University is located in Santa Clara, California. One student believes the university is in a great location if you like getting off-campus, stating, “we’re 45-minutes from the beach, you can drive an hour and you’re in the mountains, or you could drive 2 hours and go skiing for the weekend.” If these options are too far, you’re only about 10-minutes away from downtown San Jose.

“The access to different types of industries being in Silicon Valley. You have so much around you so you can diversify your summer experiences.”

UC San Diego is located in San Diego, California. With downtown San Diego being so close, you have access to city life but also have plenty of independence in a rural environment with plenty of areas to escape to, such as the La Jolla beaches. Being close to Mexico’s border has allowed one student to volunteer in Mexico.

“Downtown San Diego is close, so you can get some nice city life but it’s not rubbed up in your face.” 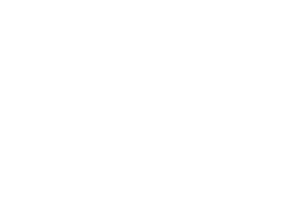 Carnegie Mellon, located in the Squirrel Hill neighborhood of Pittsburgh, PA, is “in the city but still has its own campus so you have the feeling that you are at a university and on campus.” This mixture allows you to experience campus life while exposing you to plenty of great opportunities in Pittsburgh for internships, jobs, and social activities.

“Carnegie Mellon is in the city but still has its own campus so you have the feeling that you are at a university and on a campus.”

Colorado School of Mines is located in Golden, CO, roughly a 30-minute drive to Denver, CO and only 40-minutes to Boulder. Being about an hour from the mountains provides plenty of opportunity for skiing or hiking. The public transit makes it easy to get around, but anything you’d need in Golden is within biking distance.

“It’s pretty easy to get anywhere as far as the public transit. Also, everything in Golden is within biking distance.” 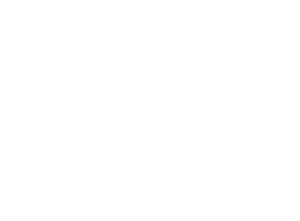 Davidson College is located in Davidson, NC which is not a huge city, but you’re about a 30-minute drive from Charlotte, NC. Only being 2.5 miles from Lake Norman allows for plenty of outdoor activities. Also, Main St. in Davidson is home to ample shopping and exploring opportunities.

“It’s not in a huge city, but it’s really close to one. If I were to drive to Charlotte when there’s no traffic, it takes like 15 minutes. It’s also not a rural location, so I can go to Walmart or Target.”

Loyola University (MD) is in the Roland Park neighborhood of Baltimore, MD, about a 20-minute drive to the Inner Harbor. One student believes that “it is a big enough city where there’s plenty to do but is not overwhelming.” Given the campus location, you have a college campus feel, with great access to Baltimore, and you’re only an hour away from D.C., so you have an outlet if you want a city feel. Additionally, it’s about 20-minutes away in any direction to where the major internships are.

“You get the full college campus feel, but you also have the city of Baltimore 20 minutes away and D.C. an hour away. You’re not in the hustle and bustle of a city, but you have the outlets of a city.”

Want to join the discussion?
Feel free to contribute!